To me, the United States of America isn’t just a country, it’s a continent, with it’s 50 states spanning through its vast territory where temperatures and time zones change as you move from East to west and the cold mountains give way to warmth and beaches as you drift south from the north. There are many beautiful road trips one can embark on, be it the mountaineers or beach lover there is something for all but for me, I wanted to step back in time, I wanted to relieve some of the magic of times past and there is no greater road trip than Route 66.

US route 66 was one of the original highways in the U.S highway systems and ran from  Chicago- Illinois through  Missouri, Kansas, Oklahoma, Texan, New Mexico, Arizona and terminating in Santa Monica – California covering a total of 2,448 miles.

There are apps that can guide you on route 66 and will list the attractions but for this trip I choose Route 66: Points of Interest and from it selected the things and places I wanted to visit. There isn’t a navigation feature and in some places Route 66 merged with the new interstate.

I flew into Las Vegas Nevada and joined route 66 in Arizona. My first stop on Route 66 was the city of Kingman. The two must visit spots here are the Route 66 Museum and the Mr D’z diner that servers an incredibly delicious Root beer.

After having a late lunch / early dinner at Mr. D’z I proceeded on, stopping at many small trading posts and route 66 points of interest. I drove through the cities of Hackberry, Truxton,Seligman which is the depiction of Radiator Springs from the cartoon movie Cars and Winslow with the Red Truck from The Eagles song “Standing in the corner”.

I arrived New Mexico by night fall and spent the night at the El Rancho Hotel, a beautiful relic of the past whose decor hasn’t changed over the years. It was once an upscale establishment that welcomed the stars and important personalities of the time and it’s walls are adorned with signed autographs from them. The hotel rooms are named after famous personalities that stayed in there and some rooms are rumored to be haunted.

The next day after breakfast at the hotel I drove into the city of Grants to see its big drive thru neon sign, after which I drove to the city of Albuquerque to walk around the old town and do some shopping.

After spending the afternoon in Albuquerque where I eat the best Chill dog ever at The Dog House drive thru(must try) I drove to white sands New Mexico. The next day I woke up to visit the white Sands National park, then drove across the border to Texas where I caught my flight home from the El Paso airport.

More Pictures from the trip. 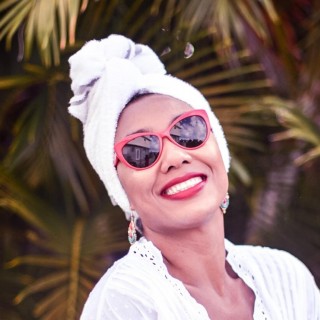